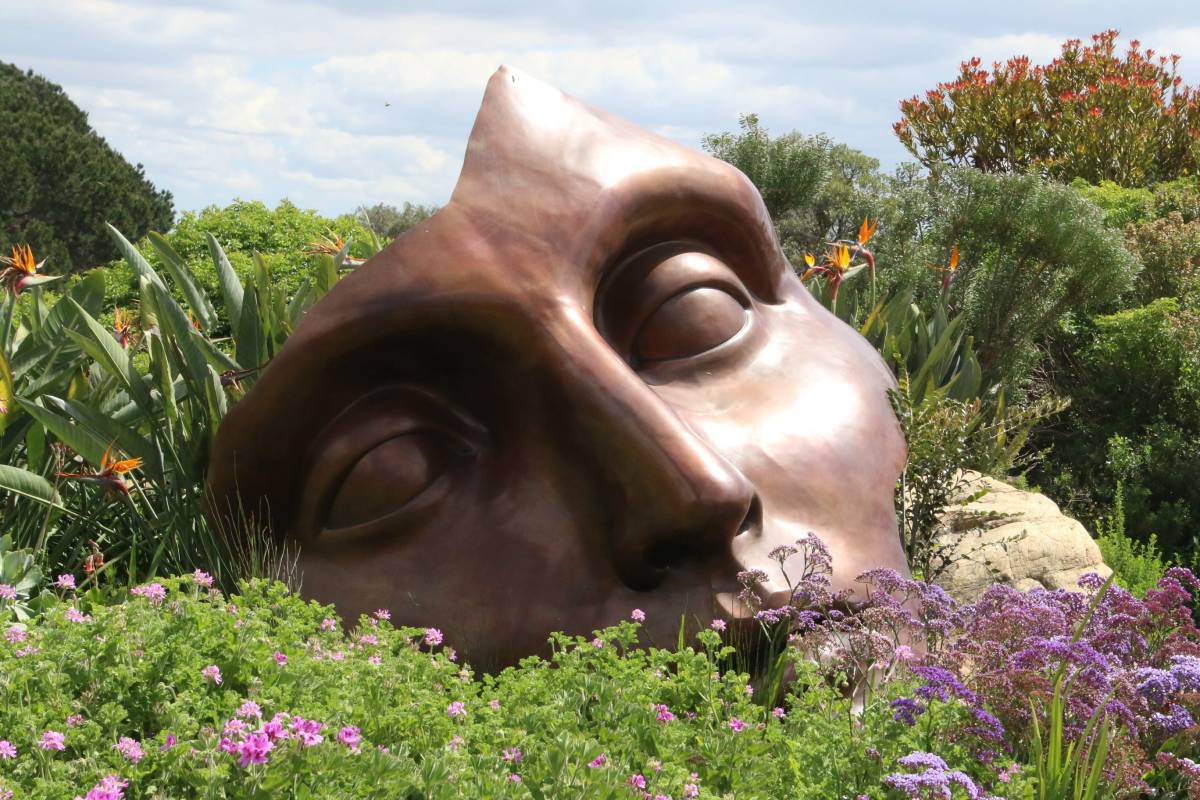 Lagna represents rising (उदय), beginning, Sunrise and birth. Arudha means mounted one, visible. Arudha Lagna means the rising that is mounted or visible or known to others. Arudha Lagna represents our status & worldly image in society. It is created by our own intelligence (Lagna Lord only), knowingly or unknowingly. It keeps transforming and changing with time, depending upon the influence on this Lagna (AL) and its lord. Planets placed in AL, lord of AL, and Grahas having Rashi Drishti/Graha Drishti on AL influence and shape it with time.

The following are some scenarios to understand the concept and then read Vedic charts.

Case 1: Let us see how planets placed in the 3rd house and 6th house from Arudha Lagna govern our material or spiritual pursuits.

Natural malefic planets or Kroor Grahas (Rahu, Saturn, Ketu, Mars even Sun) are said to be well placed in the 3rd house and in the 6th house from Arudha Lagna (AL). Why? Because:

-6th house is for overcoming the obstacle, defeating the enemy, and be at the zenith of executing acute/pensive acts.
Consequently, when such natural malefic planets (because of their intrinsic harsh nature) are placed in these two houses from Arudha Lagna: 3rd house and the 6th house they promote harsh treatment and ruthlessness.

Hence, the native does the karmas to help promote, maintain, and defend his own material status (Arudha Lagna) aggressively and forcefully.

This is very good for most material pursuits and for professions, where one needs to prove his/her might or superiority over rivals or to be called a winner etc. By being an active attacker improves one image ( Arudha Lagna) and scope of influence on others in the material world.

But real Saints are totally different from these worldly achievers, they never impose, nor do they retaliate or do any aggression. Surely, they have somya Grahas or natural benefices like Jupiter, Venus, un inflicted Mercury and Moon in paksha bala or having digital strength in 3rd house and 6th house from their Arudha Lagna ( AL) or they have no planets there at all.

The image attached shows the analysis of Swami Vivekananda’s chart to judge this aspect.

-3rd lord from AL is a natural benefic planet, Venus.

-6th house has Mercury & Venus and Ketu is aspecting it by Rashi Drishti. The sign is owned by Saturn in strength.

-2 somya grahas & then 2 kroor grahas are there to handle enmity, competition or blockage in his material pursuits.

-3rd lord, Saturn is strong. He is placed in a friendly sign, further involved in parivartana yoga with Mercury. Saturn is one of the karaka of the 10th house.

-Karaka for bravery, Mars is strong and well placed in his own sign, Aries.
Further lord of the Ascendant, Jupiter is well placed in 11th H in Yoga with Mars ( planets are placed in 1/7 house from each other).

-Conclusion: we can say that this native has no upfront tamas, does not like to hurt anyone, and does not do aggression, in spite of being brave.

Case 2: Placement of Saturn in 2nd house from Arudha Lagna

Saturn in 2nd H from Arudha Lagna (AL) will always impoverish the image and material status of a native. Saturn is the Naisargik karaka (natural significator) of poor, scarcity, abandoned, and unfortunate hence his such placement where he has to provide food and shelter (2nd house) is undesirable for high status. 2nd house is very important for sustenance and lasting effects for any Arudha pada. Swami ji was a monk, a renunciate with no attachment to wealth.

However, if that Saturn is exalted, in its own sign or in Multrikona sign then the impoverishment is considerably low.

If Saturn is so placed in the 2nd house from Arudha Lagna ( AL) and native wears a blue sapphire (नीलम) then surely he will start behaving as if he has a lessor or scarce resource at his disposition so does his material status will sink. This will hold good for Rashi Chart.

In some other context, say in Siddhamsha (D24) chart (used to see Siddhis or knowledge of a native) placement of Shani in the 2nd House from Arudha Lagna can indicate someone who sometimes does blunders or mistakes and shows lack of knowledge in some areas hence can degrade honor in the field of academics. Cause, Arudha Lagna, or the manifested social image, is sustained in a very poor way, there is inadequate feeding to sustain it in a healthy manner.

Likewise, the meaning and context of the proper divisional charts should be understood and relevant information should be drawn for clear and crisp readings.

Case 3: Placement of Rahu in 3rd house from Arudha Lagna

When Rahu is placed in 3rd house from Arudha Lagna the person will mislead/cheat/deceive or will be manipulative and cannot be truthful in all his/her dealings; unfortunately!

When we are considering the Drishti or aspects of planets on the Lagna, we should only see Graha Drishti in this regard.

Case 4: Placement of Lagna Lord in the 11th house from Arudha Lagna

Normally, the placement of Lagna Lord in 3rd house is very good for material prosperity. As it makes the Arudha Lagna in the 5th house.

So from Arudha Lagna, the Lagna Lord is placed in the 11th house of actual gains. Native’s own intelligence, Paka Lagna can now have a governing say on the acquisition of wealth, being placed there and hence influencing it directly.

It means native’s own intelligence makes him accept or renounce material gains.

Positive influence (please refer to Jaimini Sutras for financial relationships between Grahas promoting financial growth or demoting it ) makes native accept happily and negative makes him deny/renounce wealth or wealth is not proposed to him, via this placement (again negative).

The most troubling situation is that of Devguru Brihaspati, Jupiter! Because it is the Marana Karaka Sthana (MKS) for him. Eg: Lagna being Sagittarius or Pisces and Jupiter is placed in the 3rd house.

Case 5: Shatru Pada (A6), when placed in 12th house from Arudha Lagna

Bhav Pada of the 6th house of enemies & obstruction is called Shatru Pada or A6 in some Jyotish software.
One of the best placement of Shatru Pada (A6) is in the 12th house from Arudha Lagna (AL).

Shatru Pada (A6) represents: the tangible and real physical enemies (people) or competitors (people) of a native and 12th is the house of ignoring or giving up and loss.

So in such placement, the native constantly ignores his enemies (A6) in the practical world and focuses on his work only: very good for success in the long run.

On the contrary side, the enemies/ competitors of the person make sure that the person is well remembered in the world because of their actions in this context. Consequently, the image of the native gets the visibility and attention of the people.

For enemies/competitors (Shatru pada, A6), the Arudha Lagna of the native is in 2nd house and 2nd house is very important for the sustenance of any Arudha Pada. So in order to help sustain themselves, the enemies or competitors will do so for the native.

Case 6: How do we judge the manifestation of any Bhav Pada

Planets placed in any Bhav Pada tell us about the manifested qualities of that person in the life of a native.

For example, if one has Ketu in Upa Pada ( Bhav Pada of the 12th house, depicted as UL), the representation of one’s spouse and the person with whom one share his/her life and all resources etc: can be very spiritual and/or quite headless with sudden developments taking place all the times in the life of the spouse. Likewise, we can judge the same for any other Bhav Pada.

Case 7: The houses from Lagna show where Bhav Pada(s) will manifest in life and/or circumstances in which they happen in our existence.

Daar or Kalatra Pada (A7) placed in the 5th house from Lagna can mean that native finds love/business partners in followers, students, or people having such engagements in the beginning.

Putra Pada (A5) placed in the 7th house can also mean that a native has a romantic relationship with someone from his following/students or native can have business partnerships with such people.

If both the above-stated placements are present in a chart then surely these readings are possible with great probability.

If you would like to buy Jyotish video lessons on Arudha Lagna and Bhav Pada (Hindi), please see here:

14 hours of quality video lessons to learn from the foundation to the professional level on Arudha Lagna in 2 parts.