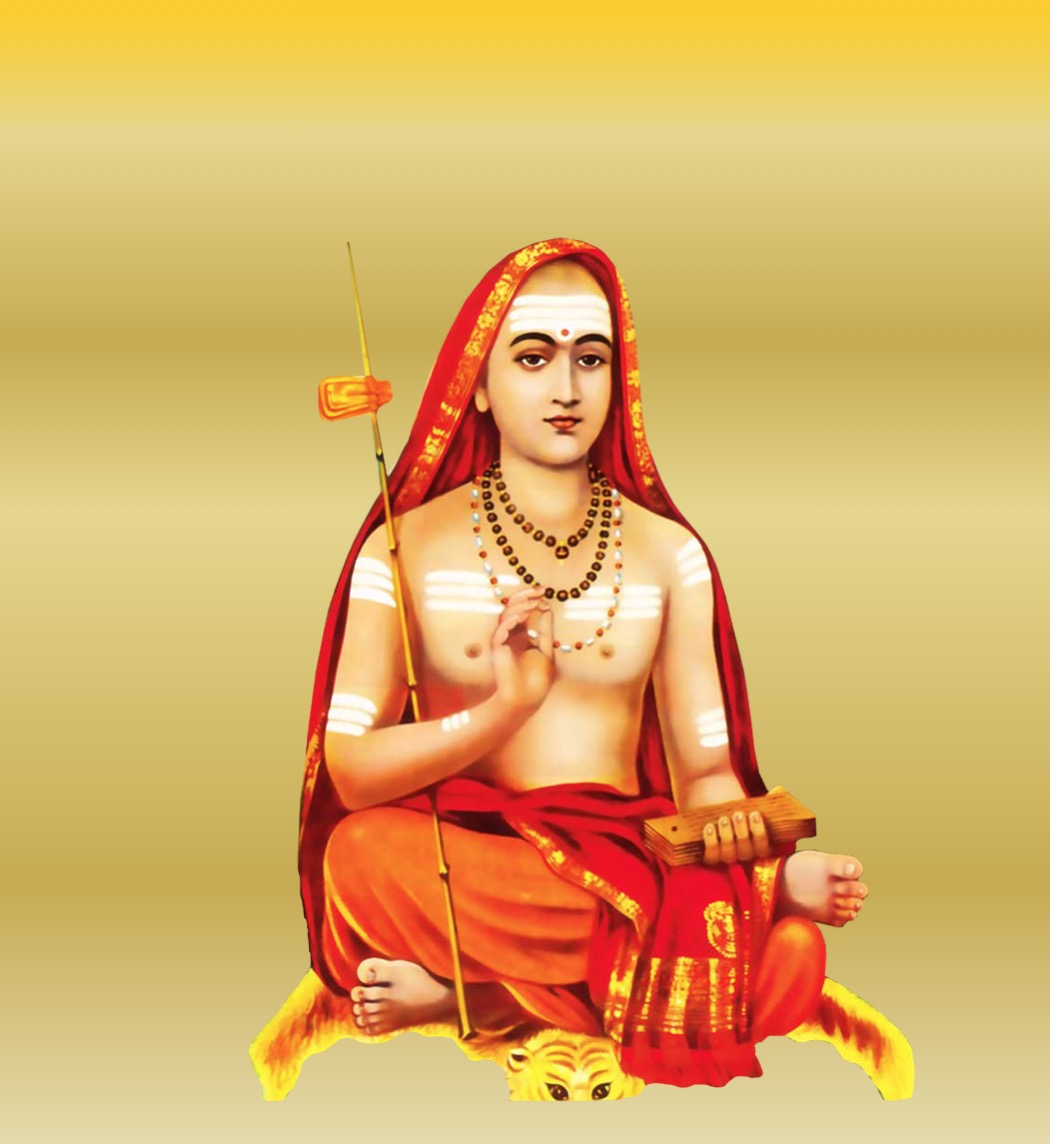 ​What is Diksha and its significance?

Types of Diksha and auspicious Muhurta to take Diksha.​

Diksha is a samskara (a purificatory ceremony or rite marking a major event in one’s life​)​​ ​involved in all serious Spiritual learning. It is a spiritual practice having the ability to provide divinity to a native and to destroy the sins  (त्रिविध पाप ) of a native.

Diksha is a special practice (क्रिया विधि), done by a capable Guru to inculcate divinity in the thought process and to destroy the blemishes of the thoughts of a student.

The seed alphabets (वर्ण) or group of alphabets (वर्ण समूह) whose pronunciation and contemplation protects (त्राण,रक्षण) the native from the 3 kinds of fears  (Daihik or दैहिक, Daivik or दैविक, Bhautik or भौतिक) are called Mantra.
Diksha gets this special ability from Mantras and hence the two have inseparable bonding.

1. In Aavani (आवणी) or Mantra Diksha (मंत्र दीक्षा), the Guru with his powers enters into the student and by following a prescribed process establishes swar,sparsh and vyapak varn in every part of the student’s body, comprehensively and makes his body pure. It means that the Guru establishes the letter, vowels and consonants in the entire body of the student. After then, hawan and other rituals are done and the Guru gives the Mantra to the student.

2. Shaakti Diksha (शाक्तीदीक्षा) : Is of 4 types. Chaksushi (चाक्षुषी : via eyes), Sparshi (स्पार्शी : via touch), Vachik (वाचिकी: via words) and Manasi (मानसी : via mental power).
In this Diksha, the Guru enters his energies via sight, touch, word, or mind into a student and awakens his Kundalini Shakti (कुण्डलिनी शक्ति), thereby providing Divinity to the body.

3. Shaambhavi Diksha (शाम्भवी दीक्षा): is considered most acute and quick in which the Guru in the Diksha Kaal only makes the shishya realize the Jeeva & Brahmaikya and makes hum Jeevan Mukta (जीवन मुक्ता: one free from wordily bondages).

Diksha also brings the unison of the Guru with the student. It involves giving of a Mantra or an initiation by the Guru (a Siddha or knowledgeable one or who has experienced truth).

The Guru speaks the Mantra in the right ear (3rd house) of the student and when the student chants it, the learning begins via the 5th house or via the Mantra bhava
Devotion and emotional purity (5th house) in a student are prerequisites for meaningfully obtaining Diksha. So that their mind stays in tune with that of Guru and they remain focused to eventually transform the seed ‘of Mantra’ into a tree and attain All-Mighty (Ishwar). It is the real protection of the mind which is Mantra gives.

Shukla Paksha is preferred and up to Panchami (5th Tithi) of Krishna Paksha are accepted. The strength of the Moon is primordial, so Moon should have digital strength (कला युक्त). 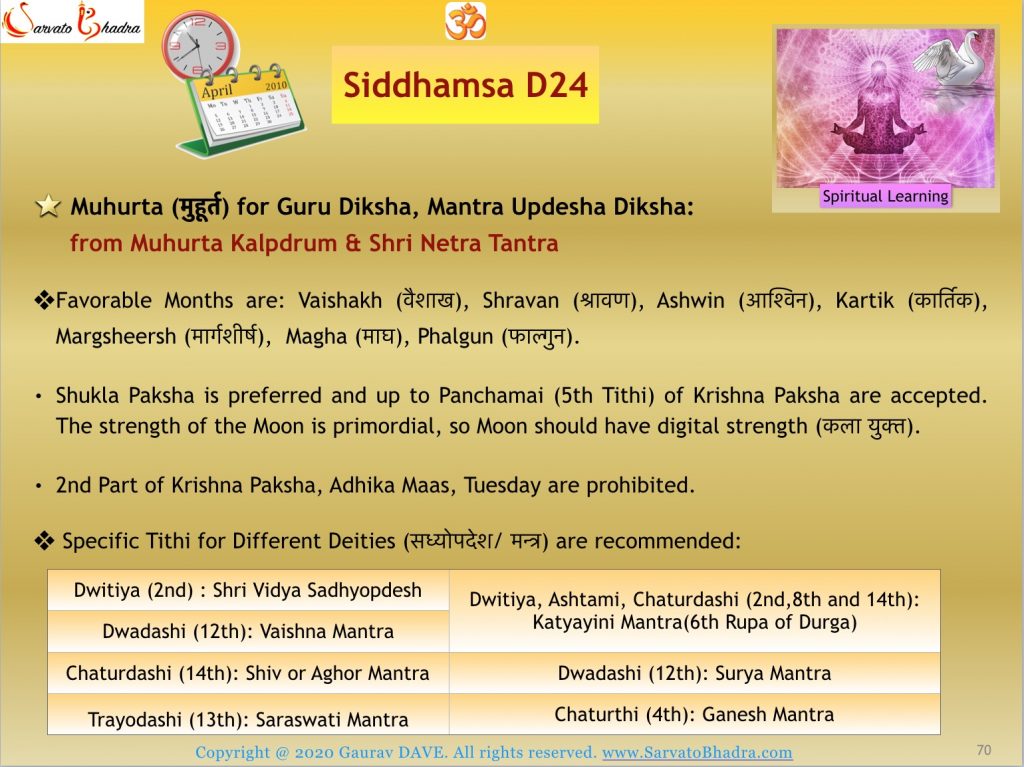 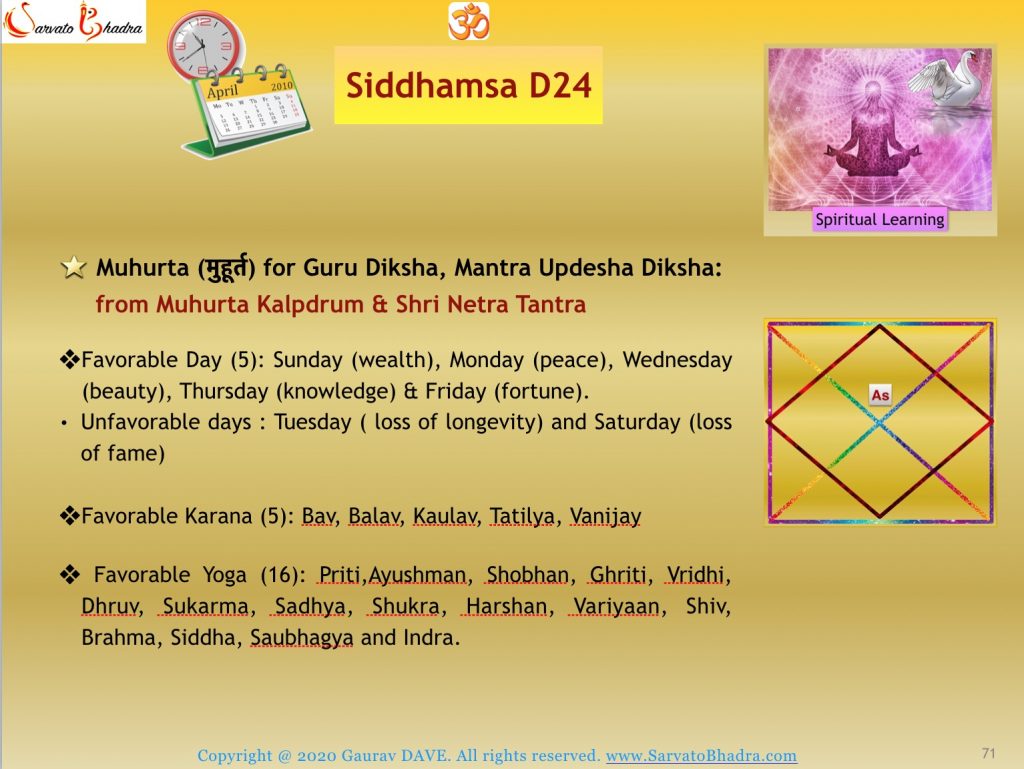 6. Favorable ​Nakshatras​ ​for Diksha​ are:

7. Lagna Shuddhi or favorable placement of the planets in different houses​ ​for Diksha are​:

a) Signs in Lagna for Shiva Mantra (Char rasi), Vishnu Mantra (Sthir rasi), Shakti/Durga Mantra (Dwiswabhav rasi)
b) All Kroor Graha (Su​n​, Ma​rs​, Sat​urn​, Ra​hu​ and Ke​tu​ and afflicted Me​rcury​) should be in 3​rd​, 6​th​, 10​th​ or 11th houses.
c) All Somya Graha (Jupiter, Venus, Moon, Mercury) should be in quadrant, trines or 2nd house.
d) There should be no planet in the 8th house. (*)
e) Jupiter should not be in debility. Planets should not be retrograde.
f) Jupiter & Venus should not be combust or in balya/vridha avasthas.
* Or even 6th and 12th house should be empty in general in any Muhurta 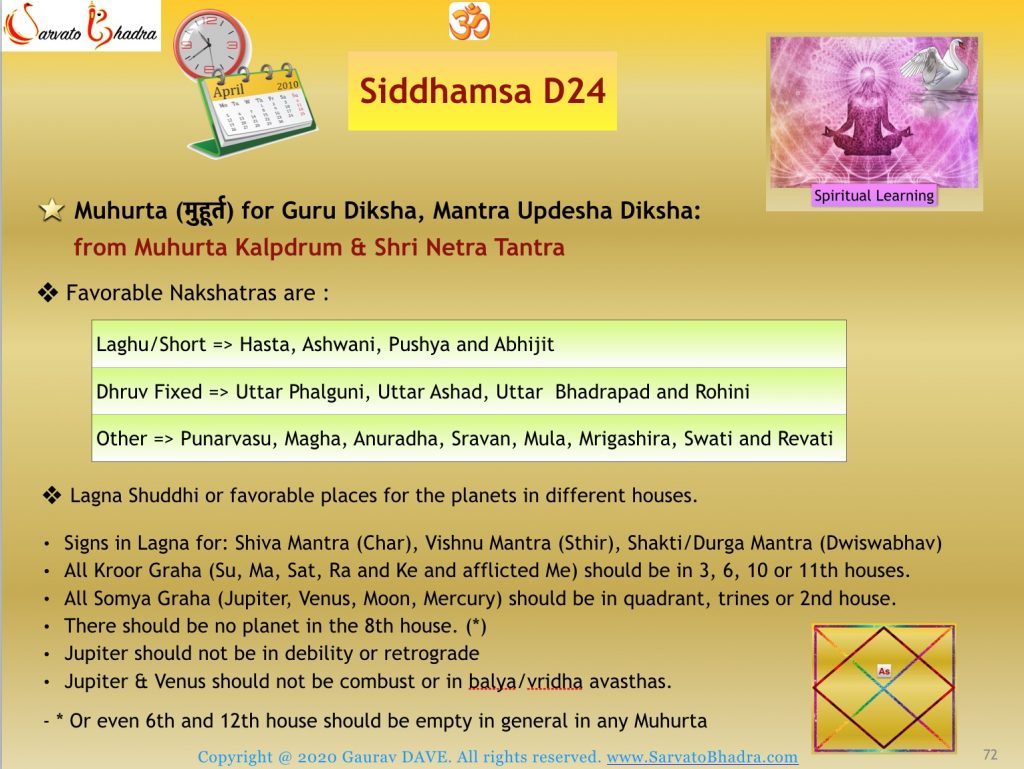 ‡ No need to look for auspicious time in the following places: Prayag, Kailash, Kashi & 51 Shakti peeth (listed in Devi Puran and Mahabhagwat). Although their numbers in Devibhagwat and Devi Geeta are mentioned as 108 & 72.

‡ However, Shatra permits that: on whichever day, the Guru calls the student and gives the updesha or initiates the student that time is always auspicious.

The 3rd house represents our right ear. As it is 7th from the 9th house of Guru, so it also represents the desire of the Guru.

The Mantra diskha is given to the student in the right ear by a spiritually elevated and capable Guru to initiate higher and/or spiritual learnings.

Muhurta Kalpdrum, after elaborating on various kinds of Muhurta for Diksha, finally teaches that: on whichever day, the Guru calls the student and gives the updesha or initiates the student that time is always auspicious for Diksha.

In Char Karaka, the Bhratri Karaka represents other brotherly souls and our Gurus or learned who help us learn and grow.

In my research, I have found that the association of Bhratri Karaka with the third house ( placement, ownership, Rasi Drishti, etc) in the Siddhamsa chart (D24) encourages a native to take proper Diksha and begin his or her spiritual journey.

This may not be an exclusive condition but surely promotes Spiritual growth under guidance. For sure other combinations that promote spiritual learning should be present in the chart of the native.

Siddhamsa chart (D24) elaborates the Siddhi or knowledge of a native, hence we should see this influence in this chart.

The image attached has the Siddhamsa chart of Swami Vivekananda. 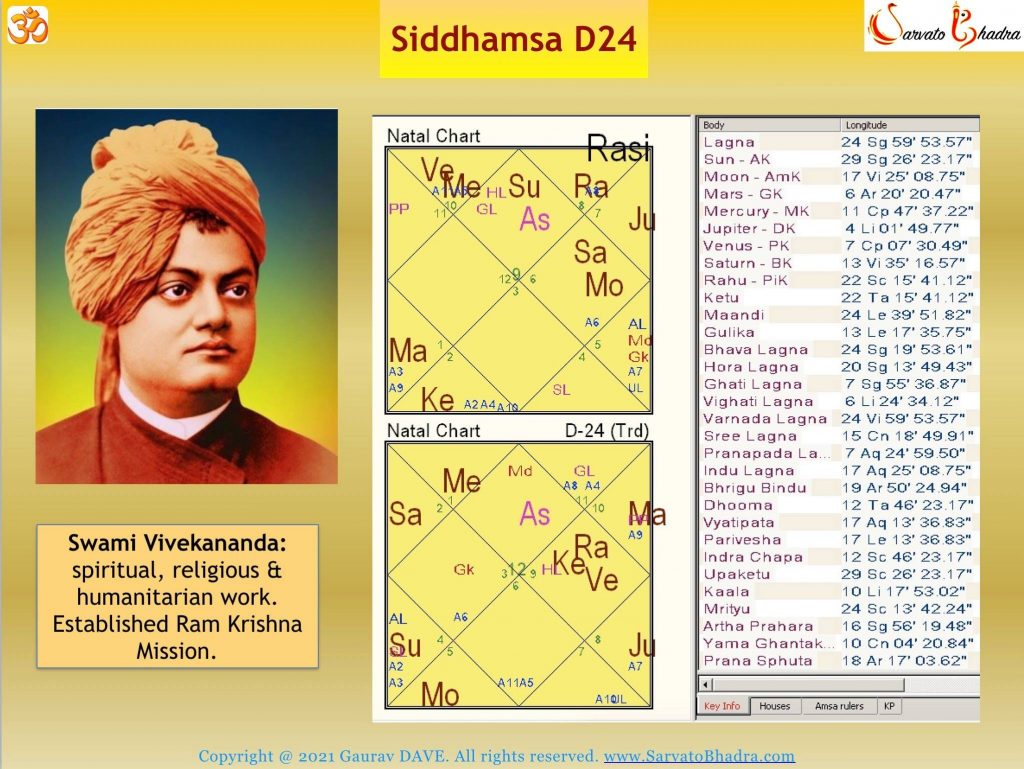 Saturn is his Bharati Karaka and placed in the 3rd house of Guru Updesha.

In January 1886, his Guru Shri Ramkrishna distributed Gerua clothes to 12 disciples and sannyasa began. Around then, Swami Vivekananda experienced Nirvikalpa Samadhi for the 1st time.