Fundamentals of Yoga in Jyotish

Fundamentals of Yoga in Jyotish 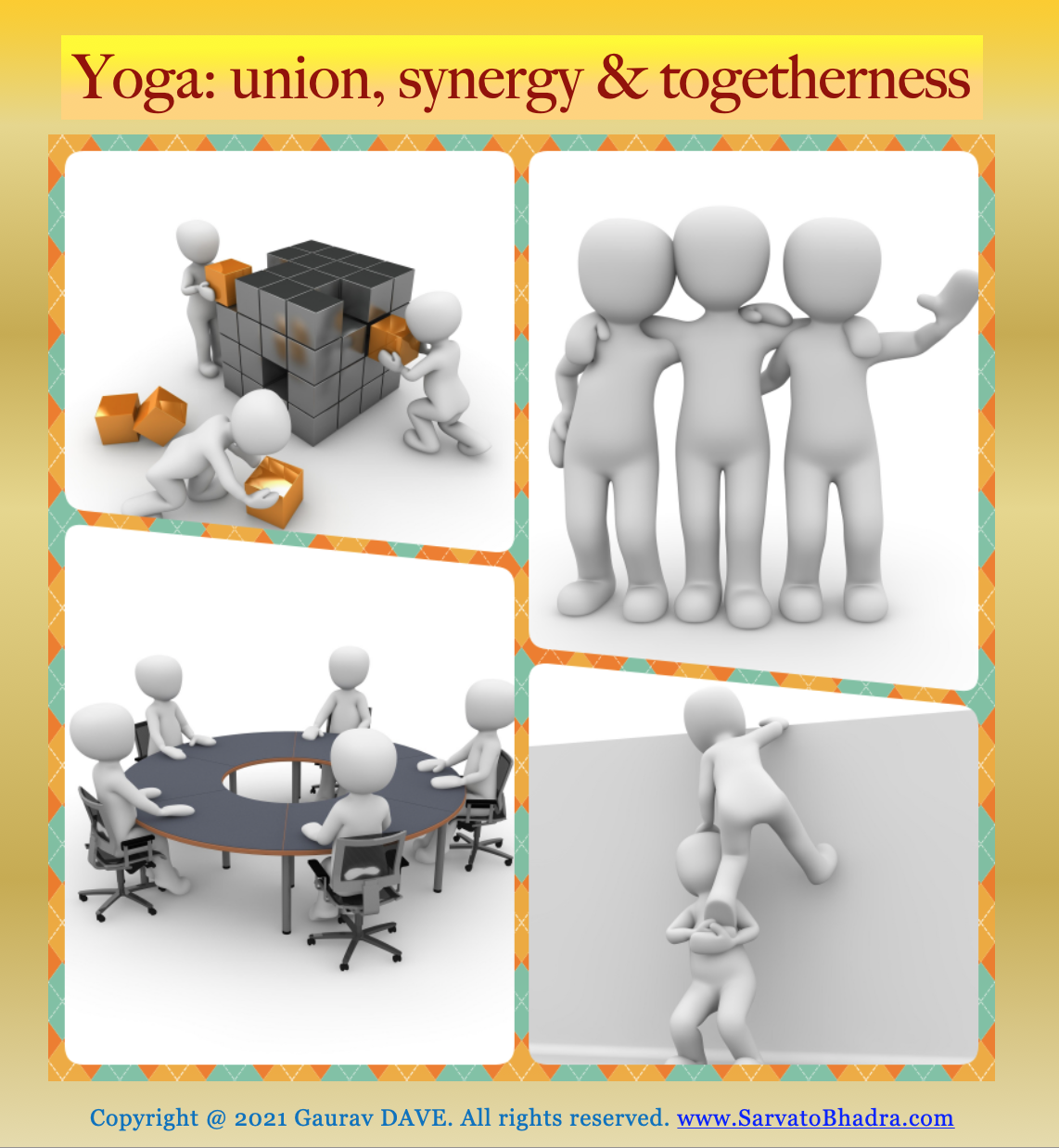 Yoga means addition, union, synergy, and togetherness. When planets are in Yoga they work in coherence and synchronization. The outcome of their combined efforts is based on many aspects: their natural makeup, their likes, and dislikes for each other, their house lordships, their placement in a sign & house, their strength, their avastha, their char karka etc.

In general, there are four kinds of Yogas in Jyotish.

3) Graha Drishti Yoga (via Planetary aspect): when two or more planets aspect each other via Graha Drishti, they for this type of yoga.

We know that planets from Sun to Rahu aspect 7th sign from their placement. Also, we include special & full aspects of the outer planets like Mars, Jupiter, Saturn & Rahu for this Yoga.

4) Graha Drishti on Dispositor (Tadisha) Yoga: Dispositor is termed used in Jyotish for the lord of the sign where a planet is placed. So when one planet is placed in the sign, lorded by another planet and also aspects his dispositor, then this yoga is formed.

Primarily we judge yogas based on their house lordships from Lagna. Yoga formed by natural friendly planets in strength generates outstanding results.

In terms of auspiciousness and inauspiciousness or qualities of results, there are 3 kinds of Yoga: Raj Yoga, Dur Yoga, and Vipreet Raj Yoga.

If the plants involved do have lordships of only these two types of houses then it is much more powerful.

For example, A yoga formed by Mars and Sun for Leo Lagna native is very powerful Raj Yoga as the planets own only trine and quadrant houses.

Some Yogas which give positive results of great magnitude are called Maharaj Yoga.

A Dur Yoga is formed when an auspicious house lord (Quadrant & Trine) is in union with an inauspicious house (6,8,12) lord.
Here the good agenda gets combined with bad ones, so there are problems in obtaining the auspicious results in life. The quality and/or the quantity of auspiciousness suffers.

So here the 10th house lord whose agenda is achievements and success gets coupled with either:

So consequently, there will be problems/extra efforts in obtaining the desired goals of the 10th house namely: success, honor & posts.

Other Yogas that generate suffering are also called Dur Yoga. Like Sarp Yoga, which is a Nabhas Yoga. It is formed when there are 3 or more malefic planets are placed in 3 or more quadrant houses from the Ascendant. Sarp yoga gives poverty, failure, suffering, bad nature, and dependence on others.

3. Vipreet Raj Yoga: They generate results of initial suffering, failure, disappointments to the native but later benefit/gains on the loss, misery, or death of others.

It is formed when the lords of only inauspicious houses (6,8,12) form union, preferably in these houses only.
This Yoga is especially beneficial when it occurs in Dusht Sthana (6,8 or 12th house) from Ascendant.

Similarly, the unison of some specific planets irrespective of their lordships also forms Yoga.

-Moon and Jupiter Yoga is called Gaj Kesari Yoga. It grants abundant fame and prosperity to the native.
-Moon and Mars Yoga is called Chandra Mangal Yoga, it is yoga for wealth.
-Mercury and Sun Yoga is called Budh Aditya Yoga or Nipun Yoga. This Yoga makes one very intelligent, fast learner, skillful and dexterous.

Maharshi Parashara in Brihat Parashara Hora Shastra teaches that:
-Rahu and Ketu give predominantly the effects due to their conjunction with a house lord (functional benefic or functional malefic) or due to the house they occupy. -BPHS

-If the shadowy planets Rahu and Ketu are situated in an angle or trine, are in conjunction or in aspect or association with a trinal or quadrant lord even they will become Yoga karaka. -BPHS

Although Rahu is co-lord of Aquarius along with Saturn and Ketu is co-lord of Scorpio along with Mars, but in whichever house Rahu and Ketu are placed they treat that house as their own. So practically they behave as lord of that Bhava.

So a planet in Yoga with Rahu or Ketu can generate Raj Yoga, Dur Yoga, or Vipreet Raj Yoga; It all depends.

If Mars and Rahu are placed in the 10th house in the sign Taurus for the same Leo Lagna then It is a powerful Raj Yoga. Practically, the 4th, 9th, and 10th lords are in conjunction. However, Mars and Rahu are not friends and Rahu does Kuj-Stambhan or douses the fire of Mars.

For Capricorn Lagna 9th lord Mercury along with Rahu in the 10th house is a better Raj Yoga as the planets involved in yoga are natural friends.

If exalted Mars is placed in the 6th house for Leo Lagna along with Rahu then it generates a Dur Yoga as Yoga Karaka Mars is placed with the 6th lord of struggle/enmity. Further, Rahu because of his presence in a Trik bhava (6th, 8th, 12th) shall behave negatively. Although, because of his association with Yoga Karaka Mars there is some beneficence. However, Mars and Rahu are not friends and Rahu does Kuj-Stambhan or douses the fire of Mars.

For Leo Lagna: If Moon and Rahu are placed in the 6th house, it is a Vipreet Raj Yoga. As Moon is the 12th lord and Rahu shall be practically the 6th lord.